An FO!! I broke down and took photographs of myself this after noon thanks to my handy dandy new remote control!! So cool! I’m sure you’re ready for some photography, huh?

Pattern: Nantucket Jacket by Norah Gaughan from Interweave Knits, Winter 2006.
Yarn: Ella Rae Classic
Needles: US 7, had to go down two needle sizes to get gauge.
Mods: I knit the body in the round, then separated the fronts from the back. Worked the sleeves flat, but at the same time and made full length.

Overall I love this jacket. It really looks like a jacket too! The bottom is big, which I believe everyone complains about. Super warm and squishy, just like a great fall/winter knit should be!

I’m positive my neighbors, esp the gentlemen mowing his lawn, thought I was nuts but the front porch offered the best light this afternoon. By the time the photo session was over I was so hot, I had to run in and take it off. I certainly don’t want to felt all my hard work! LOL!!

I have one more FO to show you too! Caveman’s Cabled Socks!!

I finished these in less time, but all those cables really made things move slowly. I’ve already cast on for a new pair, but this time I’m making one sock at a time. The yarn is self patterning and if I make two at a time the pattern goes in opposite directions. Not cool.

I’ll be back with more tomorrow, some news and a meme!!

I had my job interview this morning and I think it went really well. That was the first interview in a long time that I came away from it thinking, yeah that was a great interview. I’m keeping my fingers crossed and should here something by the end of the week. 😀 eek! And they were very accommodating, so I could continue with my current job until it’s over in another month or so.

So how do you like these beautiful photos of some great yarny goodness? Yep, you guessed it I’m trying to distract you. Is it working? Good 😉 About the yarn though, I joined the Plucky Classics in July and August for my birthday. The Plucky Knitter, Sarah decided to go with the theme Hitchcock Heroins this summer. The top yarn is Vertigo, after the movie Vertigo. The bottom photo is The Cat, after To Catch a Thief. I love them both and I think I really want to make a couple of cowls. The last cowl ended up being for Caveman.

Ok, so the Nantucket Jacket is complete except for buttons, which should be here just any day now. The jacket looks great but I don’t want to show it without the buttons. So you’ll just have to wait another day or so. 😉

Until then… Happy Knitting!

Title is my personal spin on my new version of the SOUP!! 😀

Seriously, Thank you all for waiting so patiently (like you had a choice in the matter! LOL). At long last, I can present a finished Sizzle! I almost didn’t get the photos this evening because it started pouring just before we left our house, but when we got to our quaint destination the rain hadn’t gotten to us yet and the sun was still shining! WooHoo!

I love this top!! I’ve wanted to make it forever, ok since I started knitting! Wendy is a great designer and I’ve admired her patterns – again forevah!

Pattern: Sizzle (Ravelry)
Yarn: Rayon Blend I nabbed on eBay!
Needles: Size 6 – Knit Picks Options. I had to go down a needle size to get gauge, so that brings me to the size…
Size: 38″, more on this in a minute.
Mods: I couple, but only because I can’t read! LOL I left off one decrease and one increase because I didn’t do the original increase after the cast-on. (Are you lost yet?) Then I added 12 rows between the increases and decreases for some length. I also went with *my* measurement on when to separate the two fronts and later when to separate the sleeves. I was sort of wondering what size to make, although I knew that I wasn’t a size 38″ but I didn’t want it to be too tight either. Enter rayon yarn in a smaller gauge. There’s really no chance of this top being too tight. It’s swingy and more tunic length than I originally planned, but it’s so cool!

I also discussed with Marjorie that the front of the armholes were gaping open. Luckily a good soak and a little blocking have fixed this issue. The only thing I don’t like is the rayon on yarn wrinkles very easily.

But I’m sure you’re all wondering, would I make it again? You bet – in fact I’ve already cast-on for another in Lion Brand Cotton-Ease (that I actually had in the stash!) and I’m doing quite a few mods to it. 😉 More details on that to come though….

I hope everyone had a great weekend! We went to the Secret City festival and the Lavender Festival, but I was really disappointed that the new LYS didn’t have more stock available. Oh well maybe next year.

And just because I know you all will get a kick out of these, here’s the link to the outtakes collage.

Have a great week!

Look at what I received this in the mail yesterday!!

It’s the contest package from Michelle!! I won her blogiversary contest recently when I choose her hubby’s blog name, Tamer of The Beasts (TOTB). Inside all the beautifully wrapped packages were these great gifts…

In addition to the beautiful, soft and dreamy yarn you see at the top, I knew Michelle said she might include a few extras, but I never expected so many great gifts!

Non-Knitting Goodies: a limited edition Hello Kitty, Espresso Caramels and a Dark Chocolate with Espresso Beans chocolate bar. I had one caramel yesterday – so good!! I put the chocolate bar up for a future emergency though! 😉 LOL

Knitting Goodies: I think she had a hidden camera somewhere, cause she picked gifts that I had either never tried or needed really badly. The items I’ve never used before: the SOAK & the bamboo needles. I’m so excited to play with these soon.

I really needed the Darning Needles too!! I’ve been using a big plastic needle that is chewed up on the end and snags on the yarns. I have a bad habit of holding the needle in my mouth while seaming. 😛 Here’s the new case is with the new needles on the left and my two older ones on the right. They all fit wonderfully in the case. Do you see the little whole on the top of the case? I need to make/buy a chain so I will know where these are at all times. I think I have some wire to make a beaded necklace for it. 🙂

Thank you so much Michelle for putting together such a wonderful package! It was perfect and I hope you and Hubby enjoy the blog name!! 🙂

So the other day BubbleKnits over at Alabama Fiber Dreams asked how the yard was coming. I was all set on Monday to answer her, when it happened again…the water backed up into the house and overflowed into the deserted master bedroom. (Jessi, I’m not blaming you at all, I’m just saying… you asked…LOL! 😛 ) I do have some photos of the yard and other stuff, which I condensed into mosaics so this post wouldn’t be too picture heavy. I will spare those of you who’d rather not hear about it and move on with pictures. However, if you’re the curious type and want to hear about it go to the bottom of this post.*

Both are finished and are working like a dream! You would not believe the difference the French drain has made (top pictures). (First pic, finished French drain under the rocks & an earthen berm below the rocks. Second pic; long before the French Drain, we had to put down cross-ties along the property line due to horrible neighbors.)

We never realized the volume of water that ran into our yard due to the run off of the other properties above us. The areas that used to flood on the other end of the yard, do not now. Needless to say this has helped the field lines dry up and work properly! The new section is in bottom pictures – first pic; finished, last pic; what’s under the dirt!

Here are some pics of the Tulip Poplar blossoms that are littering my yard these days, the Camo baby burp cloth and a soon to be Blue/Green baby bib.

The Camo Burp Cloth started out with intentions of being a bib, but I cast-on too many stitches. Then I decided not to frog but use the whole ball for a burp cloth instead. I finally cast-on the correct amount of stitches for the blue/green bib and hope to get two out of this ball. That’s all for now unless you’re reading on…

*Curiosity is tough to live with, no? So I guess you’re here for the rest of the story…

And if your wondering, esp since this post is titled Photo Mosaics, no I didn’t get any pictures of the latest disaster! It’s just too stressful when trying to suck up puddles of Drano water on your Master Bedroom floor to think about pictures (although I did think of it! hehe). Anyway we got the water up from the bedroom/bathroom – thankfully we recently purchased a nice 20 gal wet/dry shop vac! The bedroom only had a little water on the surface, but as you can imagine the bathroom flooring is shot and its a mess in there. After the initial cleanup we sealed it off and aren’t going to deal with it again until it’s completely dry! Also, we are thankful that bathroom has a window and it’s sunny and the wind is blowing on that end of the house!! Oh, you might be wondering why this happened? Well, we first thought the pipes somewhere under the house were stopped up and we needed a plumber. But later we realized that wasn’t the problem. Instead the problems was actually where the house pipes meet the septic tank that was getting stopped up. So yesterday Caveman came home early and long story short, minus the gory details, he fixed it.

OK, show of hands how many of you scrolled to the bottom for a continuation of the story before reading the whole post? Yep, I thought so!

Hope everyone has a great week!! 🙂

Hi everyone! My name is Monica, the author of RNP. This is where I share my adventures with my awesome Caveman & Caveboy; take pictures; sew, craft & DIY stuff thanks to Pinterest; and even attempt to get my personal style together. Take a look around, won't you?

The Best of RNP 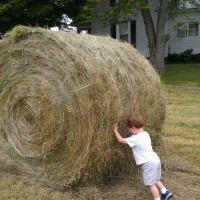 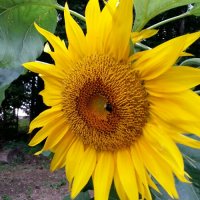 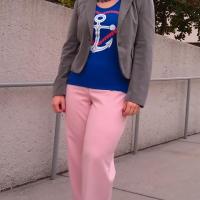 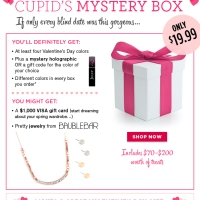 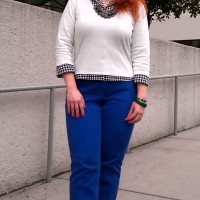 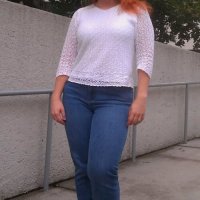